Remember I said I was making us shirts?  Here they are, finished.  I got the buttons and buttonholes finished on Saturday.  I had to replace all the buttonholes I put in the weekend before due to a misuse of my favorite buttonholer.  Because even with all the times I've used that tool, I can still make a mistake with it. 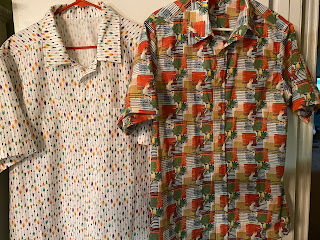 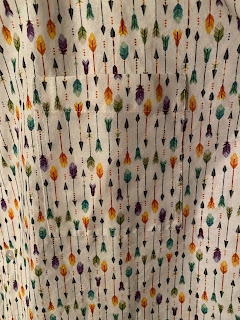 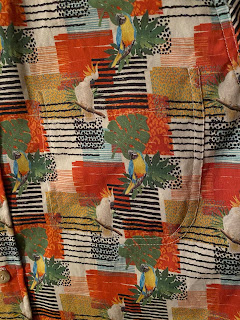 I really take a lot of pleasure out of doing that.  And, I should, because it takes a lot of time.  I use a piece of template plastic cut int he shape of the pocket and trace the pattern from the shirt.  Then, I lay that on the fabric I'm going to cut the pocket from and match the pattern and mark the pocket for cutting.  I draw on the plastic with a pencil, so it erases right off for the next shirt.  I didn't do that with mine.  I counted the number of arrows from the purple one...yeah, crazy, right?
It doesn't matter if I'm a little off.  I can adjust the placement of the pocket to get it just right.
It's cooler weather here and I spent as much as I could outside.  But, even cooler makes for a hot afternoon, so I did some things inside as well.  I gave Linda's mixer a good workout. 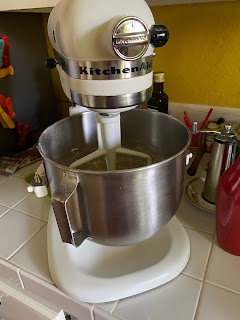 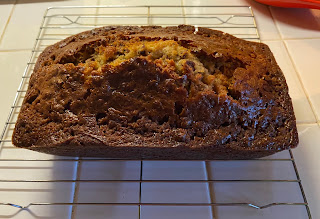 And, I made bagels.  They still don't look a lot like bagels, but they look more like it than the other two batches I made.  I think this recipe needs more yeast.  It's just a little too dense and chewy. 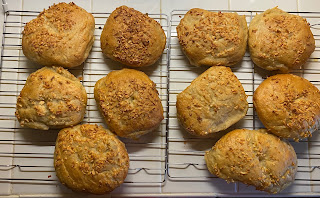 There also might have been a batch of cookies the other day, but enough about me putting on weight.
I'm still doing yoga and meditating tho.  There's something about sitting and focusing just on me for a while.  Just focusing on clearing my mind, stretching my body and preparing for a full day ahead.  And, it's 45 minutes less per day that I have to read the news.  It's a good thing.
Everybody have a great week.  It's always busy at work.  Recently, it's been busier.  But, at least the bit of depression I've been feeling for the last couple weeks is passing.  Be well.  Lane

glad to hear you are feeling better. I have missed all the great sewing blogs recently. Keep safe and well.

Those are beautiful shirts! I hope some day I can sew half as nicely as you do!

Before I'd read your notes about the pockets, I'd enlarged the first pic and was trying to find the pockets. Managed it on your shirt (and admired the workmanship to make it almost invisible) but I simply couldn't see it on Rob's shirt. Great effort! LOL

You had to REPLACE ALL THE BUTTONHOLES???? I'm still reeling from all the work implied in that casual statement. Perhaps you removed all the original buttonhole stitching and redid the buttonholes, also a considerable job? The shirts look wonderful.

Your blog is a gift, from your first post to this most recent one. Thank you for sharing, particularly during this bleak time for our country.

Amazing....it's so inspiring how much you get done....thanks for sharing. Mary