Welcome to the village

Rob loves dioramas.  I think that’s why he’s so supportive of the miniature house.  Once a year, he also has his miniature fix.

In the past, he had the Victorian village from JoAnn’s.  He doesn’t put so much of that out anymore.  But, it’s still here.  My Mom started all this with her village.  She also has an extensive village and gave us our first official pieces.  But, before that, we bought this little “village in a box”.  It’s smaller than the other pieces and everything is scale.  Because it was our first, we still put it out every year, and it fits the top of the China cabinet very nicely. 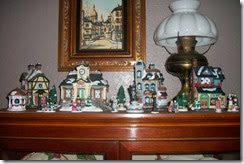 We have pieces from the Victorian village and every year, Rob brings in this book case that he built to hold it.  This is the farm and the quilt shoppe and just the pieces that are the most important to us. 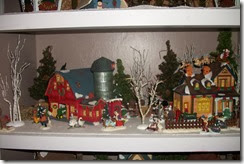 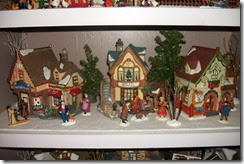 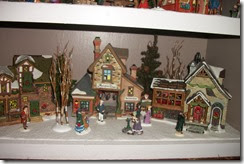 His main village is Retroville, which he collected from JoAnn’s the one year it was offered.  We were really glad that we picked up so much of it that year because it didn’t come back.  We’re missing one piece, I think.  We both really like this because it has memories of our childhoods.  We’re from small towns where businesses and houses like this still stood when we were kids. 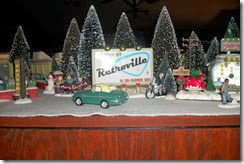 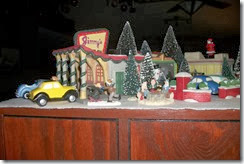 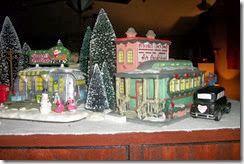 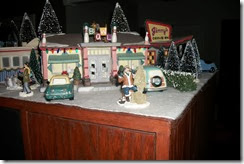 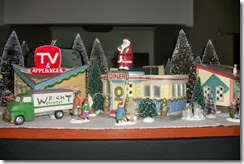 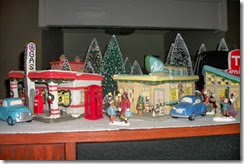 Saturday night, we went to a graduation party and since we were all dressed up, decided to take pictures.  It’s sad that we don’t dress up more often. 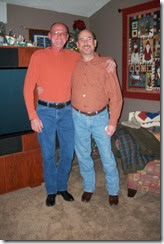 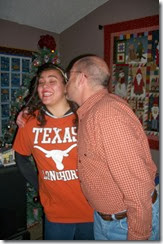 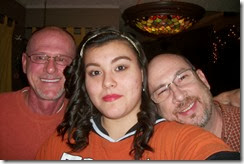 Everybody have a great Monday.  It is very cold and I had to make a temporary patch  for my coat because I really need to wear it.  We’re not used to the kind of cold for more than a day or two consecutively.

Love, love, LOVE the villages! I could look at them for hours. I also very much enjoyed seeing all of your beautiful, smiling faces! Starts my day off with a smile as well! Have a great week! Love to all......Becky

Beautiful family! Christmas traditions are fun. Your villages are awesome.

As for the cold, I could do without. But I'm trying to make the best of it.