Quilting day with the hubs

On Saturday, Rob took me to the quilt show in La Grange, Texas.  His idea.  He drove.  He video'ed the show and has posted it to his channel.  It was a very nice show.  These quilters are serious about their quilting.  I'll rely on Rob to show you the show.  My pics are mostly of wonderful quilted elements that I might want to incorporate. 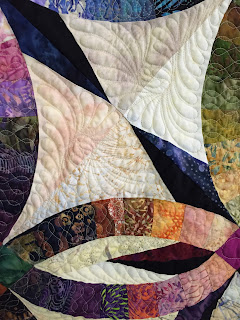 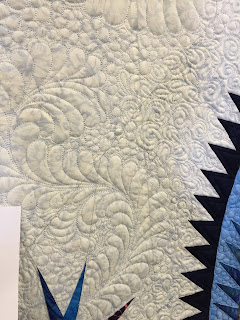 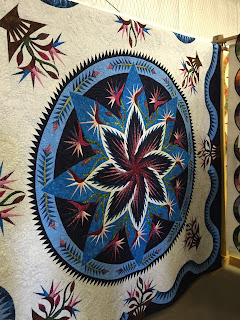 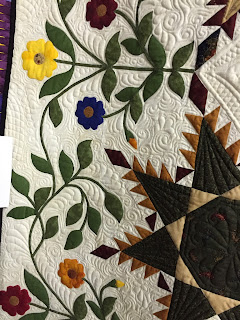 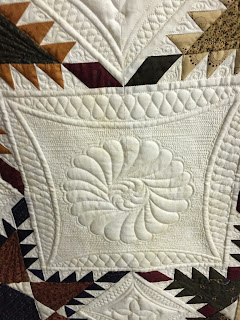 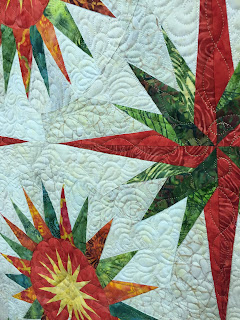 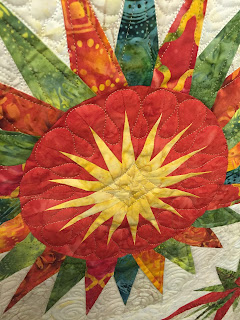 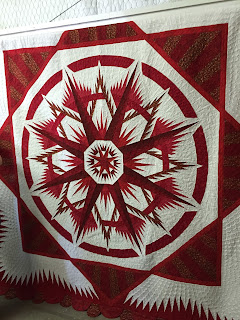 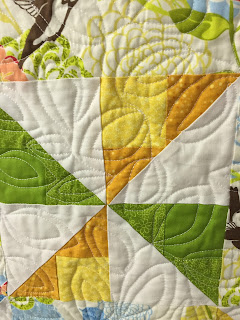 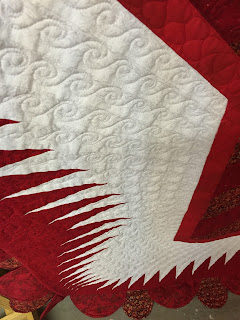 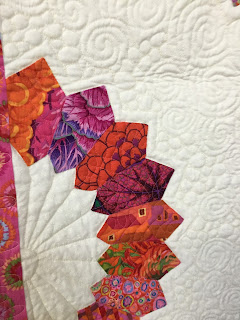 And, as if taking me to a show wasn't quite enough, then Rob took me out for Mexican food made from scratch, and then we went to the Texas Quilt Museum.

Now, the museum wasn't quite what I expected.  I kind of expected at least one display of quilts made in Texas.  But, most of the quilts on display were not made here.  There were some lovely ones tho, including a complete set from a quilt guild in England focusing on the signing of the Magna Carta.  No photographs were allowed inside, so you'll have to trust me that the quilted art was amazing! 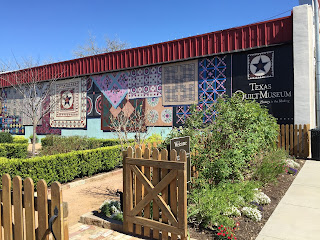 Next door to the museum is a quilt store for all of us that have gotten all quilt-cited and need to touch some fabric.  And, take home some momentos.  The Quilted Skein is fabric and quilting on one side, and yarn on the other side.  Now, Rob's facebook page made it look like I went a little nuts.  But, I didn't.  And, I never got out of the checkout line.  That man knew I was next.  But, the two ladies he was helping were taking forever!  So, I spent the time playing with some yarn.  All told, for the whole day, I bought 6 fat quarters (that I didn't need), two patterns (that I didn't need), a large spool of quilting thread (that's experimental to see if I need more of it), a supreme slider (really did need that), and a set of wooden double pointed needles for knitting socks (ehh, depends on how you think about it whether I needed them or not.)  Not too bad, considering all that was available.

Fortunately, we didn't go anywhere they were selling plants.  That might have been a whole different story on such a beautiful spring day!

Have a great Monday.  I'm still binding the Dresden Plate quilt.  But, I made 32 arcs for the DWR.  And, did a lot of quilting on that little red/white pillow that ran.  Pics later.

Those were some beautiful quilts and quilting.
What Mexican restaurant did you go to and was it any good? I'll be going to retreat in LaGrange in a couple of weeks and the group always meets for a margarita and food prior to driving out to the house.
I'm with I'm not sure what I was expecting at the museum but it was okay. Basically you have to look at the schedule to see what quilts will be hanging each month. It would be cool if it hung more Texas made quilts. And you are right the ones there are amazing but not necessarily what I was expecting when I went I either.

A quilt museum? what a treat. We only have 2 here in England as far as I know, one in York and the other, ironically, is the American museum in Bath, which has a permanent quilt exhibition. Most of the quilts are made in America, but it is rather sad when the label says "maker unknown".

oh, my , joint taxes.... my DH and I still don't have merged finances, and the first time I did the taxes and marked 'joint', I had a crying meltdown - felt like I had lost my identity....and didn't know who I was anymore....
Fortunately, I got over it !!! Sounds like you made that journey easily - good for you !

I really enjoyed the video of the quilt show.

Glad you are finally able to file "married, filing jointly."